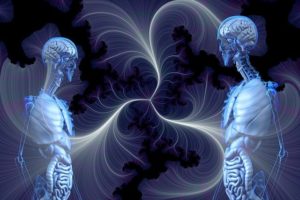 Should you do ‘shrooms for depression and anxiety?

Is micro-dosing the way to go?

There’s been greater curiousity around this subject in the last few years, particularly as the war on drugs is acknowledged as failed policy. Ayahuasca improves mindfulness and cognitive flexibility a day after its use and has been shown to produce brainwaves like a waking “dream state.”  Magic mushrooms (psilocybin) can reset the depressed brain. There are studies coming in regularly on the beneficial use of psychedelics for anxiety and depression and to bolster cancer survivors.

From the original use of the current party drug ecstasy as a marriage therapy communication tool and the widespread use of LSD under the influence in part of misunderstood Harvard professor Timothy Leary in the 1960s and 70s; to the ayahuasca clinics popping up all over Costa Rica for everything from addiction to existential angst; to John Hopkins in the USA recently opening a psychedelic clinic for anxiety and depression, psychedelics are making a comeback. Not yet mainstream but more and more acceptable.

And millennials brought up on the widespread use of ADD medications are now using micro-doses of LSD and other psychedelics to maintain focus and “live life to the fullest.”

Psilocybin was my thing many times in the 1970s, and LSD was THE THING for a while. The Brotherhood of Brotherly Love out of California supplied the whole North American market. Out on my own and searching to replace my big brothers, I hooked up with those in the inner circle.

It was a different time. In the early 1970s, just walking down Montreal Road in the Ottawa satellite Vanier on a Friday you’d be accosted every half block by someone selling Green Moroccan, Brown, Red or Blonde Lebanese, Afghani, Nepalese, and other hashish. Kashmiri hash seemed to be a water pressed variety and was slightly streaked with feint white mould often reported to be opium or heroin, which, of course, was bullshit. Psychedelic mushroom or microdot or blotter acid (LSD) was just as ample and the working stiff looking to escape stress on a Friday night paycheque in hand had choices galore. .

I took many psychedelic trips during those early years, part escape and part cultural pressure. Only, often I’d have to babysit someone as their operating system was updated or torn down on a trip.

Regularly, reality and the effects of the drug became blurred as the person believed their mind entirely, refusing to accept it “just the drug.” I never had that problem because I never doubted the effects I felt in my body and my brain were fully drug induced and would eventually go away. I knew I would come down. Others I have done these trips with?  Not so much. One day I will write of my last acid trip. 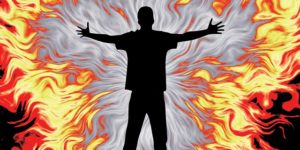 Applying what I know now against those experiences, I would say it can help temporarily dismantle ego from what I remember. If rigid ego-constructs are an impasse to someone’s progress in dealing with their malaise, under the right conditions I can see how it would be helpful.

I have seen it and applied it to myself at a time of great personal turmoil. What I think it does is bypass ego which tends to obstruct the true self, allowing the person to experience a greater connectivity to all living things while retaining a sense of supernatural or mysteriousness. It’s as if one can peer behind the doors of consciousness and see something of the soul and spirit at your core.

But, be forewarned: it’s a crap shoot.

I’ve seen people benefit from a single trip and it resulted in them adopting a new life regime.

The day after tripping with them, things were different. They changed internally and more changes were to follow in the coming weeks and months. It’s almost as if they had seen the future during their experience as they were, rejecting that needy or mistaken part of themselves, and had a new path in front of them finally. One thing all of us felt was a sense of awe. That can scare you or uplift you.

I’ve been there when trippers beside me spoke of love not forthcoming from their parents, instead finding a more powerful version of it in a greater entity, as if their experience on the drug gave them a glimpse into the wisdom of the universe and their vaunted place in it. At some point talking it out, they acted as if seized by a otherworldly spirit giving voice to the soul.

Off they’d go get busy making sure they lived their vision, somehow unburdened and free while retaining humility and awe, perhaps even a slight fear or maybe just a great wonder. They had seen things from beyond while their brain was on overdrive, fired up by not only adrenaline and cortisol but also by dopamine and oxytocin.

“It’s all love man, we are all loved, I love you, we are all children of God,” they might say. Peace. 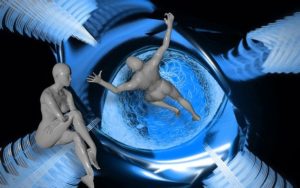 I’ve seen others do it, and like it so much they do it again. And, again. Because the pain of staying who they were before the trip is greater than the fear or uncertainty of stepping into who they might become while under their hallucinations. It’s as if their imagination and creativity had become trapped and cries out to be let go, to be set free.

During their trip they become reacquainted with a truer self, often a younger version of self long buried and they desperately want to NOT lose contact with that part of themselves ever again. There is a power in communing with your environment on a universal plane, knowing your part in it all was assured.

Until after a few months THIS reality you and I know doesn’t compare. The ego that calibrates every day living cannot be summoned to perform the ordinary duties of self-concept. Self concept is destiny.

My little buddy Mikey (one of my old reps) came out to Vancouver to visit in the late 90s and told me about a summer of doing shrooms back in Hamilton. He was a Palestinian refugee from Lebanon, sent here by his father with his stepmother and her children, his half-siblings. He was an outcast, skinny, bad skin, a huge nose. We taught him how to go door to door and he developed a huge booming voice and confidence that got him noticed. In grade eleven, he was selling joints to his school mates and suddenly became popular for the first time in his life.

Handing back the joint on that first night during his visit, he said, “Sometimes at home in our apartment, I know my brother is watching me. I can just feel it.” Oh no. BINGO! I looked at him and asked him a few innocent questions to confirm my suspicions.  “Mikey,” I said calmly, “that’s paranoia and the beginning of drug induced psychosis. You will need support as you regain your ego capability. So, here’s what I want you to do: go back home and get your stuff and move out here right now. Can you do that?”

He agreed. I tended to look after my reps and often I was the big brother or father figure they didn’t have, the only male influence in their lives who gave a shit about them.  If I asked him to move near me he would do it without question. I spoke with him a few days later after he landed back in Hamilton as he arranged to move out here more or less permanently. Only, he never made it.

The next night he threw himself off the 7th floor balcony of his apartment and died. I will never know the full story but managed to confirm with my old Hammertown reps his story and his drug use history. 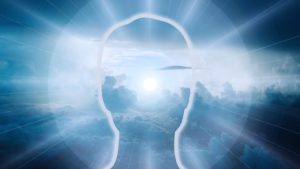 As near as I can tell this is what happens. The ego is what you take on from your environment, parents, teachers, grandparents and others who teach you how to conform and become part of the tribe. It’s how we form a self concept. Self concept is how you see yourself contrasted against how you believe others see you. It’s a balancing act of various parts of your personality which allows you to benefit from the interdependence of your tribe. It means survival.

Yet, the true self, that inner self part of your psyche is always there. It lays hidden, dormant, but nevertheless yearns silently all the while, relaying the stirrings of your soul. All your ancestral influences coupled with the collective unconscious of mankind and added to by your databank of prior experiences since birth contribute to soul. Soul very much exists in the present and past for it is a great memory of you and your place in universal history. The soul’s voice is the spirit.

Psychedelics can open a portal to the inner self of the psyche. It can bypass ego and self concept and allow you a visit with the interconnected being you were born as. That little boy or girl playing outside in the backyard at 3 or 5 or 6 years old has much of that inner spirit in play. Remember those years if you can and appreciate the naturalness and wonder of your existence.

You don’t need psychedelics to reach this part of your self, but you can’t know that. You haven’t seen it like I have. It would be unfair of me to pass judgment on you because I have seen what is beyond the curtain and come back intact while presumably you have not. I have seen good trips and bad trips, too many to count. You don’t need to go but if you do, I wish you a good one.

But be very careful my friend. Some disconnect from the ego and regain it again.

Advisor and Mentor
BOOK A FREE CALL WITH ME HERE

Read this about depression for background 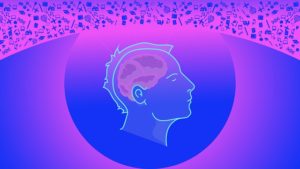