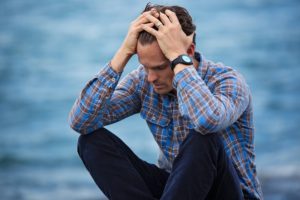 Look, I get it, no one wants to have to rely on anyone else. Let me give you some history. Back when I was first training in the late 1980s, I started as a group counsellor running two three-hour groups each day that I worked for a year. The group helped the men learn to lean on each other. I never called myself a counsellor. I told the men, “You’ve had coaches your whole life, just consider me one of those.”  That worked.

Fast forward thirty-five years and Tony Robbins has made everyone a coach. I was getting my haircut by this short little chubby Italian one time and he was telling me cutting hair was his sideline, he was really a coach! I ended up hearing his story and deciding right there and then I’d never call myself a coach again.

I’m good at standing in with me while acting as their trusted advisor. Even when I was running 150-200 reps and had 15 or 20 managers under me, my preference is to be the expert/conductor rather than the rainmaker in business. I know shit, and when people work with me, I share that with men and their lives change for the better.

Let me tell you the secret to success: cooperation. No one does it alone. The most successful people in life are usually pretty good with discipline and making good use of the resources around them. That is especially true about accepting help to get past a slump or a block or a lack of direction. Men defer to experts, that’s why there is no such thing as alpha males in the human species. We are all specialists in certain contexts.

Here’s another secret: though my life is pretty good, truth is I lived a faulted existence for a long time. That makes me unable to judge others. Most of the mistakes my clients have made or are making, I’ve been through the same or similar.

The difference is I had no one I could turn to to shorten my learning curve despite graduating top of class and attending two more universities. Too much shame is what I carried, “piece of shit shame” I called it. Then I figured it out. I’ve been helping men full time ever since. Have a look at my bona fides and testimonials, then come back here and have the courage to book a call.

In a four and a half-billion-year-old planetary system, you will exist within a single century.

Let’s make sure none of it is wasted.

I do free calls to help men and sometimes I agree to work with them.
If you are up to it, here’s my scheduler
https://go.oncehub.com/ChristopherWallace

LET ME SEND YOU FOR FREE: THE HOUSE RULES (FRAME THEM) TO GET ALONG BETTER AT HOME AND/OR WORK