My totem animal is the rooster. The Celtic and Norse apparently considered the animal a creature of the underworld, serving as a messenger of the hereafter, screeching out warnings of danger and calling out to the fallen souls on the battlefield the following morning after a fight. Its attributes are many and among them are pride, honesty, courage, vigilance, arrogance, strength, watchfulness and flamboyance.

It’s that last one that piques my interest in this story. I chose the rooster as my totem when it came time to set the differences accorded me by the Chief Herald of Canada when my father was awarded his coat of arms. The shield center of his arms is gold, and each of his nine kids have a symbol in its place, as differences.

It was not until my fifties that I made this choice, but it came to me immediately. My father had kicked me out of the home when I was fifteen as he descended into madness, saying, “there is room for only one rooster under a roof and since this is my house, you’ll have to go.”

But I’d also learned over the years to be a pretty snappy dresser. My dad was too, and in later years called me “the dude,” when I visited wearing something cool. His closet was like my own, shirts lined up from end to end. I’ve counted a hundred shirts alone hanging up in mine, his was the same. I got rid of some lately, to make room for missus who cannot share a closet with me. I tell her it’s because I’ve been around longer. I hoard, she sheds.

Dad and I often talked about the simple pleasure of looking good. I gave him a fleece vest with a Wallace badge on it and it can be found folded over his chair in his room of the locked ward at the old age home he was forced into because of dementia. Even with his mind wandering, clothes are still important to him.

In the 1970s, I was doing time for one thing or another. Oh yeah, I’d shot a guy, in a strip joint of all places. Then, there was a prison strike and the army had to come in to man the correctional posts. Anyone with an application to get out on day parole saw it granted to help clear the place out.

A Sally Ann house on Slater Street in Ottawa took me in as long as I had work. My girlfriend had finagled her boss at a men’s clothing store on Rideau Street to give me a job. Mr Moustache was the name of the place and there, thanks to her, I learned how to dress. And, soon after, sold heroin out of the upstairs back room every day in between serving customers. Eventually, I gave up the heroin but never lost the touch when it came to dressing well.

Many years later, when I was about 40, I learned to service my own cars. Bought a mechanic’s tool set which I still have, the top one from Sears Craftsman. It was 2500 pieces or something, plus the cabinet. Or maybe it’s 670 pieces and cost 2500 hundred, I can’t remember.

Me and two other guys rented a shop in Surrey BC and fixed our cars and vans and boats, and I learned to weld. We were all growing pot at the time, and as a builder, I soon had five houses and a warehouse on the go. It meant I was a glorified maintenance man, carrying tools wherever I went from one job to another.

I noticed when I stopped for gas and engaged in my usual banter with the gal at the cash, I didn’t get much attention in return. When I went into the Home Depot or a restaurant, same thing. People stopped smiling as much, didn’t laugh at my jokes, and generally engaged with me as little as possible. The usual friendliness and easy-going nature of my interactions with people disappeared. It was all business, no contact.

My old shame feelings rose to the surface. I had this idea I was a piece of shit since my early days out  on the street and had carried it forward into my middle age. The shame I’d internalized as a little boy under my parents’ roof, with its abandonment threats and isolation and violence, was still there lurking, influencing my life beneath awareness.

Over the years, I couldn’t work for anyone else lest the criticism necessary to learn crush me. I remember that defensiveness clearly in my early years. And, the pain I felt inside stayed hot just beneath the surface of my emotions and could boil over if I was not careful. As a younger man, it did, and I earned a rep as a hothead. Later that reputation was focused further as a bad ass gangster type. Unbeknownst to me, I was using fear as a shield.

Later I went to college and university and worked on my issues, seeking to understand the psychology behind my past. I’d done a pile of work on myself since I’d decided to stand up and be a father to my little boy, but the rejection I felt when I dressed down and went about my day on the west coast in the 1990s signaled I had more to do.

I experimented and would see how people treated me when I dressed well versus when I dressed in work clothes. It was all too predictable. My sensitivity, driven by my internal shame, meant I could feel the ostracism and it hurt.

At one point, I read about how researchers had conducted a study by having a confederate stand on a busy street during the morning rush hour and stare across the street at the opposite building, as if spotting something of interest. The insider would croon his neck and shield his eyes from the morning light all the while staring at some unknown thing a few floors up and opposite his sidewalk.

Others would soon gather around and look to see what the confederate was seeing, curiously following and mimicking his lead. Some proclaimed they could see what the researcher could see, pointing out a spot at a window, a certain number of floors up and at just a point.

The game was to see if what the confederate wore attracted more lookers. Sure enough, the better dressed the more lookers stopped and stared along. The best dress of them all was a man in a three-piece suit and tie.

You can imagine what authority is bestowed on someone by their dress. Think of a judge’s robes, or the white lab coat worn by your doctor. Clothing make the man because it’s part of the package of social proofs we use to meet our expectations. Imagine how off it would be to go do Friday confession to a priest without his white collar. A man in a suit and tie is presumed to be of some authority, especially in context where authority can influence.

Whenever you meet someone, you are being judged. We live emotionally and rationalize things afterwards. Our feelings about something happen a split second, faster than we can think, and for good reason. That first emotional impression sets and seeds what follows. Once someone sees you, their impression is instantaneously formed, and you are then either overcoming a prejudice or confirming a bias. Which would you rather be doing? What’s to your advantage? 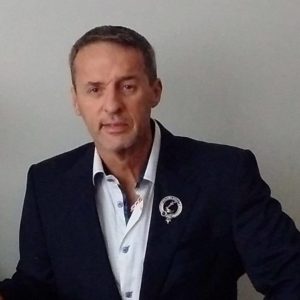 The clothes we wear, and our personal sense of style is something a man ought to spend a little time thinking about. It’s worthwhile knowing what the essentials of a gentleman’s wardrobe ought to be, given his station in life and activities, and the enjoyment he derives from how he presents in public.

In Canada, where we have four seasons, closets can become unruly. I once had counted 150 t-shirts I’d accumulated when I kept places in two or three cities.

Three suits will do the trick for most people. One black or dark charcoal, one navy blue, and one gray. One thinly patterned light summer sport jacket and one navy sport jacket you can wear with jeans is a good mix. You can’t beat a white shirt with a tie. Be careful of too much patterning in your shirts, those are better worn casually with jeans. Remember what is in style now might be long gone in a few years so unless you plan on replacing your clothing regularly (most guys don’t), opt for classics.  A pair each of brown and black brogues. Match your belts to your shoes.

Sandals for summer, and a lighter shoe optionally. A couple or three good sweaters, the kind you can wear under a suit instead of a vest, and one at least of heavier materials for colder weather. Some shorts and summer golf shirts are an important part of your wardrobe, as is a spring and fall jacket, one dressier and one more casual. You probably don’t need 30 pair of running shoes. Most people dispense with cuff links and tie clips these days.

If you dress well regularly, allow room for personal style. I used to have forty pairs of leather shoes but now use about five. One is a pair of caramel coloured Giorgio Armani shoes I got on sale in Vegas for about $450. I save those babies for special dates with missus or when I want to look my best. Also, nothing looks worse on a man than to try to dress like he’s M&M or Fiddy or some other mutha like Tupac in a god damned rap video. Smarten up (said with affection),lest you look like a boy.

Certain designers have become reliable standards for me, like the Armani shoes, but Hugo Boss is also one I like too. Robert Graham shirts were a favourite at one point. I used to reward myself with a shirt if I hit a certain goal. At a couple of hundred each, I have a few so I switched to something else. I shop from Harry Rosen’s Men’s stores to Mark’s Work Warehouse, looking for classic designs and superior workmanship. I got a couple of pair of winter socks for Christmas from missus last year that came from a mill in the US, and they are the best winter socks I’ve ever worn. Same with underwear, the good stuff lasts.

Quality counts a lot more than anything to me. For example, I still have my Italian leather roper cowboy boots bought in 1995 when I headed west. Any Texan will appreciate that, just as they do a good hat. Style is regional.

Lastly, I still dress down on occasion, heck I live on acreage in the country so rubber boots are at my back door waiting for me at any moment. But, I’m not put off by people’s reactions anymore. The internalized shame of my youth, and even those years not so long ago, hasn’t left me but I’ve reconciled with its forces on my life. I know my worth, more so now, and confidently for the first time in my life.

Can you imagine? I’m 61 years old and it took me until I was in my fifties to really get this (don’t do that).

Now, I dress in my style because I’m used to it, honouring the flamboyance of the rooster without hiding shame under it all. My clothing is functional but also an expression of my overall well-being, not a cover up for internal strife and feelings of inadequacy. Through that painful journey, I learned how to dress, probably better than most.

Rather than a shield against judgment, dressing well is now part of my power.

Think about that as you assemble a wardrobe which meets your sense of style. 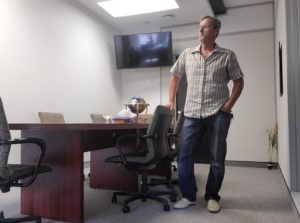