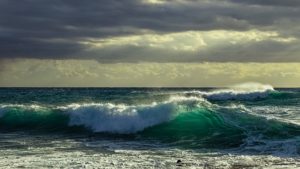 ON MEN AND WOMEN

Something to think about is this: women choose men for power (in whatever form that might be) and they come by it honestly. (I ignore red-pill hypergamy as whining).

It’s how nature made them, and for good reasons. She needs a powerful man who can eschew his tribe or peer group and come start a new one with her. Mostly, she does the choosing. Right or wrong, that’s how it is.

Men, on the other hand, are attracted to women for looks (+ a certain hip to waist ratio) and stay with them for loyalty. LOYALTY

Her looks fade but this matters little to a man with a loyal woman. Because in time, she becomes his standard. When he thinks woman, it is she he sees in his mind’s eye. Naked to him means her. 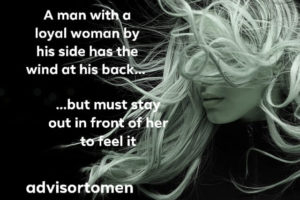 And, a man cannot easily abide disloyalty, among his friends, family and those he works with. To tolerate disloyalty in his own home, in his castle, is an attempt to overthrow the King.

This happens usually because the King is weak. If allowed to continue, his hold on his realm is in doubt. He will be deposed eventually, for the kingdom requires a powerful leader who can bring order, fertility and blessings to the land and its people.

Men are adaptable. we can learn to love just about anyone.

If happiness is a decision, for the most part then, so is love.

What a man loses in the mating game in his early years, he gains back ten-fold as he ages. TEN-FOLD.

She has maybe, MAYBE, 20 good years of fertility (also her best years for attracting a mate). Between the ages of 15 and 35 or so before her childbearing risks go up. That’s generally it.

Men often just begin to amass personal power and get started by the time they are 35. COME ON.

I know a man who is over 60, still does 50 push-ups, with two children under ten. RARE A WOMAN CAN DO THAT. And, if she did it would be in the newspapers.

It’s not the same.

If only for their shorter fertility period. Scarcity is a measure of value.

And, they should be acknowledged for this. Help them. Show them compassion.

You can start over, it’s rare she can.

This light shining briefly in a woman’s life makes the pressure on her ENORMOUS. For most women, she has an EXISTENTIAL PACT with the universe: to choose the right partner.

Get this: she thinks with both hemispheres; and runs information through her emotional centers first. She has greater empathy (and will abuse it if pushed).

— She often has greater verbal ability (why she can talk circles around you) and can read emotions on a man’s face more readily (pay a man to read emotions on people’s faces he can do as well but she is “always on”).

— Her enteric intuitions are finely honed, likely because she has a uterus and menstruates. She knows people and sees and feels things you cannot even fathom. It can be spooky (in a wonderful way).

She is pragmatic and resolved. She doesn’t have time to fuck around in her quest to bring life into the world. Though, she will and usually invests in a promising mate, her gamble is way higher than yours.

She has the Caregiver Archetype in her, a spiritual instinct to look after people.

Nature has endowed her with this, part of which is to BRING LIFE into the world.

There is a cost to her gifts: on occasion she may become depleted. In this case, she may turn to her powerful man and lean on him for a time to recharge her subdued spirit.

Can you be such a powerful man?

She can spot her man’s weakness a mile away. From way OVER THERE! When she does, she might tell you.

I call that kind of rare gal a UNICORN.

Don’t expect to be so lucky. She may just as easily think you don’t care.

More likely, she will RUB SALT in the wounds of your weakness… or hold you in silent contempt. Remember, abuse of empathy is her birthright. Either way, she stops fucking you. She has to… because you are failing her.

Often/sometimes, her powers lead her to overthink. The feminine holds her in its chaotic grip. That’s where you step in and bring her back from the brink of her insanity with your masculinity. That’s your job (one of them).

So, you must step up and lead your partner. It’s the yin and yang of men and women. She is wonderful chaos, you are powerful order.  Men lead; women command. This is nature’s magnetism. Lead or be bossed.

You must be her powerful man, so she may rely on you to temper her gifts just as you rely on her for her breadth and depth. Men and women have banded together since the beginning to take advantage of each other’s strengths and shore up each other’s weaknesses. It’s a symbiosis, dual nature creating life. If you are the sun, the stars, the fire and the light, she is the deep of space, the vastness of the oceans, the power of the wind. 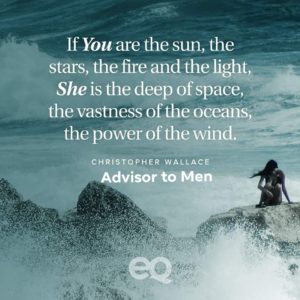 Her primary male influence is her father, often the only person she knows who could stand up to an all-powerful mother. Your archetype of influence is your mom, who enticed you with promises of unconditional love.

It could be that’s why men are romantics. While you can become a powerful man to match and go beyond her father’s male energy, she can never love you unconditionally the way you might have wished your mother would.

That’s an unrealistic expectation all men must abandon. In this case, the boy must die so the man can live.

Like the fable Iron John, the boy’s quest is to leave his mother’s castle and find his own way in the world. The key to his freedom lies under her pillow. He must steal the key and make his escape, in the middle of the night if needed.

If you have a woman, be her powerful man. Don’t let that woman down; don’t put her in that position; don’t make her question herself under the chaos of her overthinking. That would be cruel.

Most of all, make yourselves powerful gentleman. If women are nearby, she will come and find you. It’s nature’s way.

Stay powerful, never give up,

Get a free strategy session here

LET ME SEND YOU FOR FREE: THE HOUSE RULES (FRAME THEM) TO GET ALONG BETTER AT HOME AND/OR WORK