If you do that… stop it, stop it right now. Shift this imbalance immediately.

A man’s relationships should always come from his power as a man and not be his power. If not her, someone else.

Now, that doesn’t mean you’re ready to drop your love at the “drop of a hat.” It’s just that she needs a powerful man in her life.

With few exceptions, that holds true.

It’s not that you’re being a dipshit egotist, and it’s more that this is what she needs. In fact, it’s what you need too.

She hitches her wagon to your horse cowboy, and it rarely works well the other way around.

Why? Because wherever you go in the world, women are the caregivers. That takes a lot out of a self-interested brain.

So nature set things up so men would hold reserves of power and love for them both, and shore her up when she’s depleted.

He makes sure she doesn’t lose herself to the caregiving spirit present in almost every woman.

When you are weak, you know it, and you feel it… inside… all the way to your testicles.

Hear me here: To her, if you are needy, she has failed in her pact with the universe. She must face the reality that she has chosen wrong. This is a tragedy for her.

For most men will one day be fathers and it was left to her to find herself a powerful man to sire her brood and face life with .

Sorry man, you don’t get to lean on her much: men are the expendable sex.

She is more precious because she carries the egg and the babe for a year. She may nurse for another half dozen years hence. She may do that several times. Ma did it 10 times in 12 years. Then cooked 33 meals a day until all the kids were out of the house decades later.

So, who should lead in that instance?

Who should “man the fucking wheel” brother?

If you are needy there’s a good chance you are looking for your mom in your relationships. The boy must leave the mother to become a man.

That’s the facts as I know them…

Chasing tail one after another? Addicted Lover shadow archetype… looking for mom.

Want to abstain from sex entirely for a religious reason? Saving yourself… for mom.

Are you still living at home at age thirty? You may be your mom’s subconscious husband.

One of the reasons men build cultures (women stress-test them) is because we are more social. We can easily have relationships with many different individuals from a variety of groups. We can travel among gatherings of people far more easily than can women. We are more superficial you could say.

Why? Because there is less risk to the tribe.

Why? Because we are less valuable.

Women seem to require one or two, to maybe as many as five,  much deeper female relationships—girlfriends, besties, sisters, gal pals, BFFs, etc.—whom she uses for emotional regulation. She guards these relationships jealously.

Why? Because they help her survive.

Without them, she is cast adrift emotionally. Men don’t tend to have this need… at all.

And, that men stay faithful to one woman is more in part a function of his adaptable nature (we can get used to anything). More importantly, his faithfulness is sustained by her loyalty and his sense of honour (defined as the esteem of those we care about).

That’s by far not a page from the narcissist’s playbook. No, not at all.

Superficial in his case is functional, not selfish. This is nature, not ideology or psychiatry.

It is also understanding that men need to have their own mission and purpose in life to even begin to be attractive. Remember her model for love is dad, probably the only one who could say no to mom.

I also don’t think you can extrapolate down from entire cultures to individual families so easily (but we do it anyways). A family unit is almost always a man and woman banding together against life’s hardships to benefit from each other’s strengths and shore up each other’s weaknesses.

It is in this vein, while conceding and celebrating women can pretty much do anything a man can do and will step into leadership when it is absent, we notice they tend to have preferences. Enduring preferences… based on being feminine.

In the most egalitarian societies where equality of opportunity is most advanced, women have been found to choose professions like nursing, administration, teaching and care giving of some kind, etc., at an even higher rate than less equal countries… despite it all the “progress.” The Scandinavian Paradox they call it. Doesn’t surprise me.

Is this all just “conditioning?” Perhaps some, but don’t think patriarchy is responsible.

For one thing, women do the choosing and we evolved through sexual selection. This means that men do the things they do because women have rewarded them over the eons with their fertility. So much for the patriarchy argument…

A woman can and will lead a family but will feel as if she is playing two roles.

Both masculine and feminine energies exist in us all. But if one is at her core feminine, playing wearing the pants is emotionally and physically taxing.

It is this imbalance which often creates sexless marriages as the man fails to meet his own masculine destiny.

She might stay with him, but she might also see him as a weak, even failed at maturation, or worse, she may see him as a boy.

She may grow to accept this, depending on her upbringing, how many mouths he’s feeding, or perhaps even religious affiliations.

More so if he’s been diagnosed with an illness or psychological disorder… and has a good pension.

Every woman has some of the warrior archetype capacity like the one found in any man.Archetypes are a kind of mankind’s memory.A person who unconsciously sacrifices for family may live in the masochist shadow (self-pitying). Whereas as one who does so consciously because it needs to be done is living his/her warrior in full. See the difference?

And, in fact, when a woman buckles down and plays both roles in the family because of circumstances she lives as the Queen in her full by creating order.

That doesn’t mean she’s happy. No, not by a long shot.

Absent these mitigating circumstances she might resent her predicament. She may rub salt in the wounds of his weakness to create some kind of motivating pain (and his reaction tells her he is vested in the relationship). She may (likely) develop contempt for her partner.

Sex is out at that point.

Women neither fuck boys nor their girlfriends.

Good women all try to get their men to be better. Once a man understands this, he can see her in a different light. He might see her pushing is part of her nature.

That’s one reason I often say a man with a loyal woman by his side has the wind at his back… but he’d better stay out in front of her to feel it move him.

Not say, “How high” whenever she says “jump” but rather, he’s ahead of her, leading and taking care of business.

If a man fails to see this and act accordingly, he can expect a sexless marriage.

Men lead; women command is from a song by Leonard Cohen. The monk-poet who gave us many songs, from Suzanne to Hallelujah. He was an introspective Canadian treasure.

Something I learned in the corporate world training with Gallup is that even in this era of supposedly unprecedented equality, most women prefer a male boss.

Go figure. Lead gentleman. It’s what we do best.

What part of leading don’t you get? If you don’t lead, she’ll command. Is that what you want?

There are few women leaders who can galvanize people the way men can. Indira Gandhi maybe—until she was whacked. Golda Meir maybe though I was young when she was around. Thatcher was a tough broad and I remember her having balls.

But you can see the tendency in the way women prefer a male boss. Why is that?

I suggest it’s because it meets the natural order of things, in that a woman’s archetype for power is the father, less so the mother.

In families, men tend to lead, women tend to bark. Until dad puts his foot down and takes control if he’s not being listened to.

One of the jobs for men in a relationship is to rescue an overthinking woman from her insanity.

If you fail to man the fuck up and do this, you wind up in a Will Smith conundrum…

If a man is barking he is living the tyrant or expressing the frustrated feminine. He’s perverting his anima.

Only men can establish that love shall prevail in a home. It falls to you.

Every generality breaks down in the face of exceptions and no one “rule” applies to all.

Yet, these preferences among men and women seem to hold up well.

An exception doesn’t disprove the rule.

Lead muthas… or be commanded. 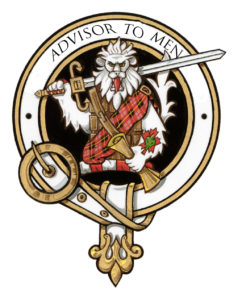