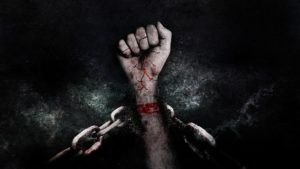 One of the things which plagued me for many years is a sense of personal shame. I don’t mean ordinary shame, the kind you get from using poor table manners or coughing without covering your mouth. Those slight corrections by adults are necessary and acceptable.

Nope, I mean a different kind of shame, stronger in intent and effect. It’s a shame deeply internalized stemming from the messages from those around you, one that says you are broken, perhaps irretrievably. You haven’t simply made a mistake, it’s your operating system which is instead called into question. It makes you the odd one out, the black sheep, tossed aside as part of the cost of doing business in the family making model. In my later years, I framed this contention in the worst possible terms, often referring to it as my “piece of shit” shame. Pain does that.

You see, I felt broken most of my life starting early. My time as a child was not a happy one. When I protested whatever conditions were at the crux of my toddler discontent, ma would laugh. I would say, “it’s not funny ma,” which to her became cute, as if “it’s not funny, ma” was an endearing slogan representing my youthful self assertion. Melancholic disaffection is evident in the recent photo I posted of myself as a wee boy with dad and a few siblings. Misery abound has followed me since.

As it is with so much family of origin programming, into the world at large I went after first finding, confirming, and compounding my worthlessness at home. That day at 15, when father told me there wasn’t room for two roosters under one roof, where I was tossed into the cold October with a weekly stipend of $10 each Wednesday until my sixteenth birthday a month or so away, was simply an inevitable confirmation of my low worth.

I was born a 9 pound and 10 ounce baby and given the name of the Christ-bearer. It was to become my modus operandi: weighted by sin and accumulating more. I went from fat baby to Little Chrissie, a nickname given to me by my older sister and mother. It was only later I returned to Christopher, with stops as The Wolf, The Shooter, The Doctor, The Professor, Wallypops and more along the way. Little Chrissie still resides somewhere… in here.

All of us are born with a soul and a spirit. We can’t measure them, but we know they are there. We have an inkling, and both forces operate beneath the surfaces of our awareness while we are nagged at by each in turn. To deny them as unscientific nonsense is to turn your back on a fundamental part of the self. 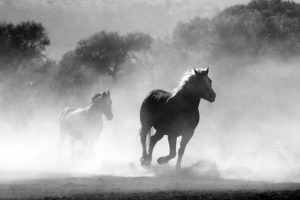 When searching for answers, cutting off access to even these ethereal parts of existence is like going into battle with less ammunition instead of more. Everyday life can be as blissful as it is painful, and confusion is a necessary part of our maturation. Life gets better when we get better at life, and an appreciation for soul and spirit is another aspect of personal mastery.

I conceptualize the soul as ancestral epigenetic influences passed down through the methyl groups of my DNA mixed with mankind’s collective unconscious. We know both exist, quantified by recent advances in psychology in the first case and the seminal works of Carl Jung and Joseph Campbell and others in the latter. Grandmother’s hardships are felt for generations despite completely different conditions. Holocaust survivors pass along their pain soulfully to their children and beyond. Alcoholism runs in families.

The same symbols arise over and over in mythology and religions around the world, often despite no known contact between cultures continents apart. Even my father while writing his own obituary, felt a pull to include a paragraph about his founding immigrant to Canada and the generations since, as if he knew to pay homage to his soulful self alongside his lived life.

It might be better to understand these things by asking just how much awareness we have in the first place. We know the unconscious exists. Action potential in brain firing neurons has already shown we live emotionally and interpret events later. Sperry’s split-brain research a half century ago, continued by his student Gazzaniga and followed by advances in cognitive understanding by Nobel winner Kahneman and added to by Ariely and others cumulatively shows we are mostly deterministic.

Consciousness is slow which confirms an unconscious. When something comes into awareness it has already happened, then we scramble to explain it. Jung would tell us the psyche is buried by the self trying to learn to conform and then buried further because of the personae (masks) we wear in our various roles co-existing among each other during everyday life. It is anyone’s guess as to how large the unconscious is. It might be awareness is 20%, another 20-30% is your personal subconscious, and fully 50% might be collective unconscious. No one knows for sure.

Suffice it to say there is a part of us which, while immeasurable and mysterious, is no less real. Should we have occasion to be far out in the desert, away from city lights, or perhaps up North in Canada’s arboreal forest, looking up at the night sky will reveal the Milky Way in all its glory. Whose spirit is not lifted in awe at this wondrous sight? What of a sunrise with its first blinding brilliance as it cracks the horizon to the East? Who cannot but feel their spirit stir at such a sight? Great art, music and natural wonders are just some of the ways the spirit appears in us. 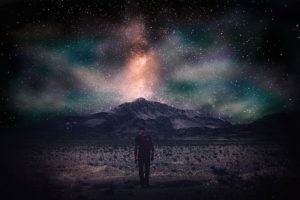 Whereas the soul represents some essential part of our now and includes our past, the spirit begs us to add to our soul in the present, but also future expressions of all the potential and possibilities unmistakably bestowed upon us by a universe of infinite wisdom at the very moment of our conception. We see time and time again how the spirit rises in people, how they come back from adversity and confusion only to find their way forward, often beautifully.

I rarely shed tears, and funerals and the death of loved ones only stirs me to attend to the necessary at hand, perhaps as a way of mitigating my pain. But give me an overcoming, show me the undaunted human spirit and I am more surely moved. The underdog story, the impossible triumph occurring when people reach somewhere inside for the spirit’s calling and answer, fills me with an awe attributable only to a collective soul, the part of me that is also a part of you.

Potentials and possibilities, this is what the spirit whispers… Perhaps it’s just a feeling of something more, something unheard, a nagging sense your destiny includes not only a duty to others, but also a duty to yourself. We must listen to hear; it’s how it works. And for that we need to feel safe, secure enough to bend down and put our ear to the ground, listening for the distant rumblings of soul and spirit galloping forward with their message of hope and faith, of aspirations and dreams not yet fulfilled. 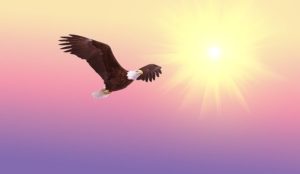 What did they call you as a child? Who were you before conformity demanded you squelch the noise in you, turning you down for the sake of convenience? Well-intentioned I’m sure, it’s this imposition of civility upon the savage child which often sacrifices the spirit. We can find innocence and the purity of our imagination lost to rules and uneven punishments for being nothing more than children. If that was you, take my example.

Move to protect that part of you which still exists and needs you now more than ever. In my case, I speak to Little Chrissie and tell him he is not alone. He has Wally, older, wiser, more capable, resourceful, and especially, more powerful to look after him now. The fully mature Christopher can reassure this part of me and re-parent him the way I’d want to protect and reassure my own six-year-old son.

I might say, “I’ve got you Chrissie, I’m here now. No one can hurt you; I won’t allow it. I sense your unease and let me tell you: I’m bigger and stronger and more powerful, and I know all about what you are feeling. You have me on your side. You are safe with me Chrissie, you can come out now, the danger has long passed. It’s time to live your dreams once more. It’s time to fly, to shine, to rise up and do whatever it is you were intended to do. We are a team, you and me, an unstoppable team. Join with me now.” Chrissie listens, he was always a good listener.

Criticism is painful for the shamed. Yet, criticism has a gift as a signal for what needs to be done. Before I let Chrissie know I had his back, criticism stung and devastated, confirming once more my uselessness and waste. Now, I can see criticism as a barometer of my shame, allowing me to measure its dissipation from the inner world of my being. Aroused from its slumber, shame is instead acknowledged. I say, “Oh look, there’s my shame again. That’s what has got Chrissie’s attention but he’s safe here: it can’t hurt us anymore. I’m just going to let that go now…”

Soon criticism is as fine as a compliment, just feedback. Criticism does not speak to my soul nor my spirit for these are part of my inner self, exclusive to me, in my realm alone. It’s just an environmental report representing the reporter as much as any true reality. It’s like when I had a bad hair day in high school and suffered the embarrassment of my imperfections. At some point I realized that no one really cares about my hair, it was their hair they cared about. In the same way it is their criticism, and I only make it mine by choice, the same way I accept kindness. Both are only real when I make them so.

I wonder if you might have a talk with your younger self and see about reassuring them now. Maybe you won’t do that now but soon you will. When you do it’s likely you will find this relationship allows a dialogue to continue and become stronger. As the conversation ensues over the days and weeks and months, suddenly you will find its your spirit with whom you speak.

By making room to acknowledge your soul and nourish your spirit, a deeper strength begins to manifest itself in your life. This is the power of the ages. It’s the gift of your being, the indomitable spirit rising and living its destiny. Answers come more easily; the path forward more assured. A man who uses his power in service of himself and other finds meaning and freedom.

Like the man said: thank God almighty, free at last. 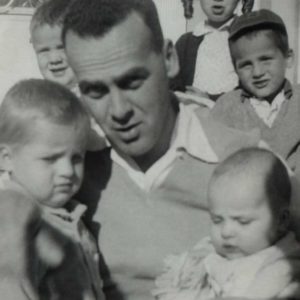