How does one find their purpose? I think in many cases it’s an accidental calling, a serendipitous landing somewhere in what my old psych teacher used to call “finding your place in the sun.” Some folks seem to know early on what they were destined for, others stumble upon it. And, regrettably, some never find it at all.

But what if this was your duty? Would it make a difference?

Could you see it as part of your pact with the universe? What if you were to live according to Horace Mann’s entreaty: “Be ashamed to die until you have won some victory for mankind?” Would that help finding your purpose with reverence and resolve? No pressure.

Here are three approaches which helped me as I explored what to do with my life, and how to best use the time I have left. Though, while mindful of purpose, I think we always leave room for change, for a sudden veering from one direction to another as life summons our attention. What fun.

DREAM JOURNAL
The mythologist Joseph Campbell tells the story of Carl Jung having a crisis of meaning at a point early in his career, and deciding finding his personal myth was critically important.

Jung remembered as a child he like to build little play cities out of stones. So now, as an adult, he realized he could play with big stones. He purchased a property on the shores of a lake across from Zurich. There, he built a place at Ascona. A visiting Campbell said it was a house built out of the ground, an organic edifice, reflecting Jung’s local roots.

Jung recorded his dreams for inspiration, keeping a dream journal. This gave him ideas and even more meaning in the way he built his place and lived his life. Campbell’s advice is to ignore dreams about your daily life and look for big themes to emerge, paying special attention to doorways, entrances and pathways.

Remembering dreams takes practice, but not much. Just telling yourself before you sleep that you will recall and write down your dreams when you wake up works well enough. I cursed just how effective this is when I had PTSD dreams for a decade after leaving the street. I’ve since settled down and it’s a habit I’ve taken up again.

BOOK OF ME
In my opinion, if the question of finding your bliss has eluded you thus far, it’s worth assembling a book of self-evaluations. At least you’ll be doing something in the meantime.

None of these is likely to reveal your path, but what it does is answer long-held questions about how you operate in the world. It may also trigger helpful memories and long-dormant preferences. It’s an introspective set of exercises which trains you to listen to your inner self. Our eyes see out and life’s demands often leave little room for this kind of examination.

Start by doing the Gallup Strengthfinders test to rank your talents. Nothing reveals more about your capabilities than an objective scale like this one. Not only can it tell you what you might be good at, more importantly, it might explain why you don’t show much interest in other things. It’s both a confirm and encourage exercise, and an eliminator.

Take the Big 5 Personality test. It’s been soundly tested and is probably one of the most replicable psychometric tests.

While you’re at it, take one of the Locus of Control tests available online.

If you have the time, you could delve into your history by doing Peterson’s Self-Authoring Suite to record something of your past, present and future. The Peterson Suites have good science: students who complete them are more successful at school.

Do a Values Elicitation and rank your current top values 1 to 10. Most coaches do them as part of their practice. A shorter version is the Hartman Value Profile. Besides that, values conflicts are often at the root of much of our indecision, so having a clear picture of what matters to you helps.

Do Stephen Reiss’s Desire Profile: you can get a PDF version online which includes the full scale. This desire profile is a much more reliable measure than assessing needs. It’s about desire, thus passions.

You can skip the Briggs-Meyer’s test. Based on Jungian archetypes, just realize it doesn’t replicate well. Your letters may change as your life does so I don’t bother with this one despite its popularity.

Some people tell me the DISC profile helped them see themselves more clearly. Taking an aptitude test is sometimes worthwhile. Just don’t try to game the obvious questions. I skip IQ tests. Beyond just above average, discipline is a greater predictor of success anyway. We all know plenty of intelligent losers and this is about finding bliss, not who is smartest.

If you have access to family history, put up your genealogy on Ancestry to see who came before you. Examine your medical records and those of your forebears if possible. Where are you from? What kind of work did those who came before you do? Even if you only know one of your parents, sometimes this information helps to bolster identify. Ideas about life and living can come from the oddest places.

NEW EXPERIENCE
Camping trips, meditative retreats and spiritual practices can help find purpose for the way in which they allow us to slow down, listen and observe our inner selves. Long walks engage both hemispheres of the brain as you alternate right and left sides of the body. Twenty minutes per day in nature can do the spirit wonders, thereby freeing up the mind.

Travel can shake a person’s world up. How often does one hear of someone returning from somewhere with a grand plan of some sort hatched while far away? You can see the light on their faces and the fire in their eyes as they report their new-found direction.

Geographical changes have this effect because travel puts us into a heightened state of awareness and readiness while exposing us to new environments and people. Environments matter.

It is the epigenetically derived methyl groups of your ancestors influencing your present genetics, coupled with the databank of your emotional states since birth, contrasted against the collective unconscious (common instincts and archetypes present in any species) which comprises your soul in my take. It’s worth looking at it all to discover more about you.

Closer to home, what if you decided to say yes instead of no when you were invited along somewhere? Say no too often and soon, the invitations stop coming. If that’s you, what can you do to get out into the world and try something different? You may find your purpose with alone time or while your memories are triggered by others. Leave no stone unturned, I say.

If you are a drinker or a cannabis addict, you live in a partial state of fear as your homeostasis is continually off-kilter. This costs you because of the sensory input/confidence continuum. Instead, you may like to replace regular substance use with dance lessons, a martial art, or by joining your local Toastmasters to learn public speaking. Confidence is the stuff which takes thoughts and turns them into actions. How important is that then?

The point is by doing new things, the old creaky mind we’ve come to rely upon, with its predictable thoughts and feelings and behaviours, can always use a remodel. “Change or die,” someone once said. How’s that for motivation? Here’s a secret: feelings are based on experiences; therefore, the only way to create new feelings is to experience new things. 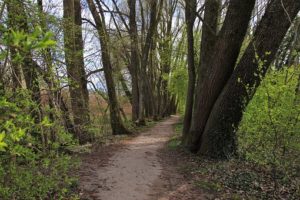 AWE AND MYSTERY
Campbell observed Maslow’s hierarchy gave five values: survival, security, personal relationships, prestige and self-development. These seemed strange to him until he realized these are the exact values the mythologically inspired person does not live for.

“Mythology begins where madness starts,” he says, “Maslow’s five values are the values for which people live when they have nothing to live for.”

So often what is required to find a pathway to your bliss is an awakening of awe. That’s when something becomes greater than you, reminding of your smallness. It’s what makes and keeps us humble. You are hoping to be seized and pulled along by something, the same way you may remember feeling obsessed with play as a child.

Often I like to talk about flow states. That’s when we engage our strengths, passions and supreme concentration in an endeavor of increasing complexity. It’s the only thing I know which seems to stop time while we do it. It’s also when we feel most powerful as human beings.

What we are talking about here is quest which has as its heart a mystery. There will be something which entrains your mind and being, inexplicably occupying your thoughts and feelings. What it does is it captures you, and it’s this awakening of awareness and transcendence of needs which points your way forward.

THREE PARTS OF YOU
For a moment, clear your mind of everything. Give yourself a blank slate.

If a husband and father, these are normal parts of a man’s life. Your adaptability is great enough to handle that role anywhere under any circumstances excepting perhaps war. They are a consideration but less a determining factor.

Now, think of your being in three parts.

First is your true self, represented by Jungians as The Divine Child within you. It reflects all your potentials and possibilities, the very gifts you were born with and which were still intact for a while as a child. This is the repressed part of you usually compromised for the sake of conformity.

Then, secondly, your ego, that part of you with the shoulds and musts you have accumulated from a lifetime of listening to others. It’s all those rules you live by, passed along to you from your teachers and parents, friends and culture. Morality is ego-based.

Lastly, your personae, the masks you wear as student, husband, worker, academic, friend, etc. Each of these will be different from the other, some markedly so, their contrasts a clue to their worth as truths.

Now, imagine 20 years, or even 30 years have gone by. Looking back, which of those three would you want to make sure has been served?

Which of those three is your priority? Which one needs honouring? Which one answers the calling when the universe decided, in its infinite wisdom, to choose you for life? Let me explain:

There was something like 40 to 200 million sperm in the ejaculate from which you came, yet, it was you who got to the egg. You could have been a girl or had all kinds of challenges beyond your own.

But no. The same force behind a trillion stars in the Andromeda Galaxy chose you. A trillion stars, it’s worth repeating. And, from that fantastic force underlying everything known and unknown, it was upon you that life was bestowed. How could this be? How could it be it was you who was chosen?

The universe doesn’t make mistakes. So, how could it not be you?

What shall be your myth?

Stay powerful, never give up,

Chris Wallace
© May, 2019 all rights reserved
Advisor to Men

“A man who can harness his power in service of himself and those around him finds meaning. This is what sets him free.” CKWALLACE, advisor to men 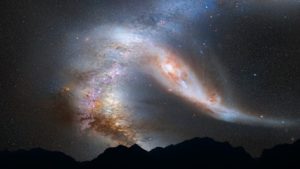