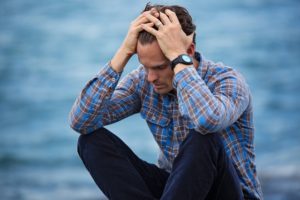 Photo by Nathan Cowley from Pexels

Regrets? I’ve had a few…
After a breakup, it’s almost certain we will find ourselves a little sad. For some of us, it’s a process akin to grieving. Should you show sadness, concerned friends might inform you of the stages of grief: Denial, Anger, Bargaining, Depression and Acceptance. “Grieve!” they will tell you with the best of intentions. I’m not so sure. Kubler-Ross’s five stages were developed from her observations of people struggling to accept terminal illness. Only later was the paradigm applied to grief and eventually, to any general loss.

Fact is, loss is not a one-size-fits-all process. While important to consider if you get stuck, there is no rule which says you must pass through all or any of these stages to regain your sense of self. On the contrary, many people are liberated after a breakup, reveling in their newfound freedom, even asking why they didn’t do it sooner. Others have their whole model of the world shattered and require time and work to find their footing again.

New interpretations of the 5 stages of grief emerge every so often. One with good keywords shows up in search as the 7 Stages of Grief. These include 1. Shock and denial; 2. Pain and Guilt; 3. Anger and Bargaining; 4. Reflection, Loneliness and Depression; 5. The Upward Turn; 6. Reconstruction; and 7. Acceptance and Hope.  I suppose these seek to expand the stages to include wider loss by adding key ideas about the moment we might turn things around as well as the work involved in rebuilding a life after loss. I like the expectations in these, they seem familiar.

In some respects, this is a variation of the Hero’s Journey, which also follows a predictable pattern. Derived from extensive research by the mythologist Joseph Campbell adding to the work of CG Jung and others, we go through a series of these Hero’s Journey’s as we live our lives, usually in these predictable steps.
1. Hero confronted
2. Rejects challenge
3. Accepts challenge
4. Road of Trials
5. Gathers Allies and gains power
6. Confronts evil and is defeated
7. Dark Night of the Soul
8. Leap of Faith
9. Confronts evil and is victorious
10. Student becomes Teacher

The Hero’s Journey always means transcending ourselves for someone else or for a greater good. A sure way for women to do this is to give birth, whereas outside of war, men must find other means of moving & growing through its challenges. That could mean college or university, joining the marines, training for a charity marathon, moving cities or taking on a new job somewhere. I say breakups are one of those ways.

Let me give you another perspective: we exist in each other. The idea that you and your loved ones are separate entities is an inadequate way to describe human existence. It’s far more likely that our attachment to each other encompasses more than just a physical safe haven we return to. It also involves a much deeper connection at the soul and spirit level, and more obviously using intellect and memory.

Think of a pod of dolphins. Evolving in the ocean for fifty million years, they are said to have a greater para-limbic system—the emotional part of the brain. One dolphin hits the beach and suddenly, the rest of the pod follows suit. The good citizens in the area rush to the seashore to “rescue” the dolphins from the horror of beaching. And what happens? Sometimes a freed whale or dolphin swims merrily back out to sea. Often though, if one dolphin is still on the beach, the others simply beach again, over and over, to everyone’s frustration. It’s as if they must as one pod; it’s as if they exist in each other.

Every close relationship we have with another person means part of that person is “left” with us, just as we leave part of ourselves with them. I find myself saying and doing things like my father and mother did when they were alive.

When my son shits his pants out back a couple of years ago after being at the top of the Chokecherry tree and not being able to get down on time to go, I knew exactly how to handle it with kindness, patience and generosity. Why? Because my father had done the same for me more than half a century before when I was about four or so and had an accident out in front of the house in Halifax, Nova Scotia. In fact, it’s my first memory of my dad, one of a half dozen or so I’ve never forgotten. Confronted that day with my boy’s dilemma, it was not me but my father who answered.

This is what happens when we love someone and lose them in whichever manner. My father died a couple of weeks ago, surrounded by sons and daughters, He went with his hand held just the same way as he had held his own father’s hand back in 1990 near the same spot in the veteran’s home. Where I exist in my father was put into doubt at that moment. This could sustain my grief longer as the existential question, “where is that part of me now?” remains open and unresolved. But where my father exists in me is never in doubt.

One’s beliefs play a part in how loss is maintained. It’s the idea a part of me “over there” (in the other person) is now unknown… whereas it WAS known until recently. Religious faith can take advantage of metaphors like heaven and earth, purgatory, or reincarnation to lessen our pain. An aspect of this dynamic is present in any loss. In a breakup especially, it is as if the other person is leaving with a part of you. Absent the metaphors of religion, how do you handle it?

In the case of loved one’s death we welcome this idea of existing in each other as comforting, for they are never really gone. Their influence and the memories of our shared existence echoes endlessly down through time in those left behind. When I shut my car doors with the kids strapped in their car seats, I say, “watch your fingers, watch your toes, canteen open, canteen close.” It’s the rhyme dad learned on the ships in the navy and which he said before slamming the car doors of his 1967 Pontiac Parisienne loaded with his nine kids all those years so long ago. He’s not gone at all.

And what of the other half of that equation? If we exist in each other and she has left with part of me, that means she has also left part of her behind. Now you might be thinking, “that’s my problem!” and you’d be partially right. Can we realistically excise a part of another from our soul once it has been placed there by love? It’s unlikely. 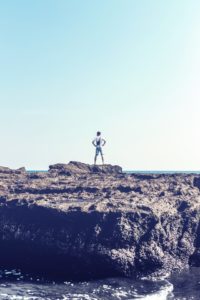 If the soul is the epigenetic influences upon your ancestral DNA passed along through methyl groups and added to your emotional experiences since birth, then contrasted against humanity’s collective unconscious, the spirit is its calling. Lifted at sunrises, at the stars, at nature, and sometimes or often at each other, the spirit is an action which should regularly awaken awe within you. It is a deep stirring, an indomitable will to live, a creative calling to serve the universe with the gifts of your unique potentials and possibilities.

In that context, what should you do with this part of you left behind by your former lover? Should you poison your own spirit out of fear and loathing? Should you deny the lessons learned and the love once shared? To toss the whole of it is to cut of your nose to spite your face. You were once good together, that changed. Lessons learned, perhaps even cherished.

The problem is often one of self-concept. That’s comprised of how you see yourself contrasted against how you believe others see you. You play a balancing act between those two most of your life as a social animal. To do the work is to rebuild the self-concept so that it is once again imbued with confidence. Both parts are under our locus of control.

Everyone one of my long-term relationships left me something beautiful. It’s up to me to find this wisdom and claim it as my own. From Sylvia and Claire to Marie as teenager and young man, and as a mature (debatable) adult with Debbie and the women in between, each of whom I trusted and was vulnerable with to the best of my ability, each of whom taught me to be a better man than I was with her, each of whom sent me forward to be more. This is nature’s way, the calling of the universe.

Currently, missus gets the best version of me though I’m not done yet, not by far. And, neither should you be.

If we are not expanding into the night and days of our travel through time, we are stagnating or retreating. A man using his power in service of himself and others finds meaning and freedom.  What is love but an internal projection, a part of self reflected outward onto other as if they were a tableau upon which you are laid bare. Think of that for a moment.

Like two comets streaking across the sky at night, you and your ex’s orbits were just sufficiently different to ensure your eventual separation. Blame physics if you must.  It doesn’t have to be anyone’s fault unless the pain of your regret serves you in some way, perhaps by letting you know that to feel hurt is to be alive, to suffer is to exist. I am reminded pain is inevitable in life, though suffering is usually a choice.  Be careful of that one.

What if we haven’t lost love at all, but instead, have been given the opportunity to find a deeper love within us? Unshackled from unsustainable confinement, insecure attachments can next become secure. Now you get to check in with the soul and answer the spirit, and to rebuild your self-concept in a version of your choosing.

What if you exist to learn to  love and give? What if living IS giving? What if this your Hero’s Journey, your pain a Dark Night of the Soul awaiting its Leap of Faith? How will you rebuild even better than before?

Find it early, find it late, we must all find love.

Stay powerful, never give up,
cw

Reach me here for a free call 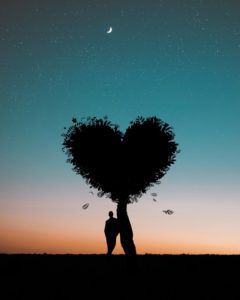 Photo by Rakicevic Nenad from Pexels