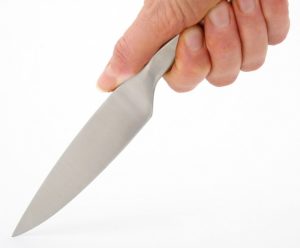 Often guys ask questions around the subject of legacy. What is it you want people to remember about you long after you’re gone? No one gets to choose how we are remembered so I’m never sure how to answer. Is it a waste of time, a focus on a future I cannot control? Or is it a legitimate concern? I don’t know.

Legacy makes me think of a time many years ago when I had been stabbed in the abdomen.

It was over an old beef and the guy picked a fight with me after waiting for me to come outside of a treatment centre I was staying at after withdrawing from a heroin and cocaine addiction. Fucker was laying in wait for me just the way we knew how. I should have known to watch out but got careless. I’d had an argument with my woman over the phone and slammed down the receiver and walked outside. It was the moment he was waiting for as he sprang out of the bushes.

I was surprised when his first punch was to my stomach as I grabbed his throat to punch him in the face. Right away he broke loose and ran away, after glancing for a split-second at my midsection. Puzzled, I noticed blood seeping from my abdomen. It was blacker than the night so I knew he’d hit deep. Rushed to the hospital by friends at Our House, the clothes on me were cut off in emergency as I lay on the gurney.

Surrounded by the team, the doctor begins to snap on rubber gloves as he questioned me as to what happened. He tells me he needs to probe my rectum for blood. I felt weak and getting weaker, cursing the travesty of this personal invasion. “Faggots,” I thought to myself, angry because at the time it’s my best go-to emotion.

Suddenly, I’m on my side and his fingers are up my ass. I vomited.

Because I was looking right at him, he had to jump back so that the remains of my half-digested supper just missed him full on. A nurse had put one of those curved stainless dishes next to my cheek but I overshot it by far. As it was, I thought I probably got some on his shoes. I can still see his horrified look, the “what the fuck?” look of disgust flashed for a second before his face collapsed immediately and returned to a normal look of concern.

“Sorry doc, sorry for puking on your shoes,” I mumbled. To which he looks at me a little incredulously and answered, “No problem Chris, really, it’s OK.” That’s when I passed out.

The head trauma surgeon had been summoned to operate on me while I was unconscious. I know this because he came in the next day shortly after I opened my eyes and told me how I’d died and they managed to save me. He was a tall, handsome fella, greying temples and clearly a master of his game.

He told me how many pints of blood I needed and so forth. Said he was pretty sure they got all the cuts to my stomach and liver because the knife had been used saw-like fashion in a quick and repeated in-out manner. Then he told me something weird. Said if I ever wanted to come in and talk to him about what had happened, he’d make time for me.

I remember my first inclination was to ask myself if he was gay: the gangster homophobia again. Clearly he wasn’t. No. It was someone offering to lend a hand, proffering encouragement without expectation. He was just being a good person, and with a schedule like his, it was a deeply honourable gesture. I had time to think about all this while I recovered in those few days afterwards. I’d been shot in the chest the year before and that had hurt but the stomach bit was much worse. Standing was a real bitch.

What if I’d died there and then in that hospital? Up to this point, my life hadn’t amounted to much. In fact, I had a bad case of terminal “piece of shit-ness’ as my core worth. My legacy thus far was as a failed human.

Yet, here was this busy and super bright man, top-of-field type, and he was offering to spend some of his valuable time with me: a gangster-junkie, denizen of the deep street. I tell you: it sort of blew me away.

Lying there, a vision came to me, one where my family buries me as my father had once predicted they would. This conversation had occurred in a room just like the one I was in now, at this very same hospital the year before when I was detoxing from junk. In that visit, he said I would soon die, and the family would bury me…and forget me. Daydreaming, I imagined the funeral and the burial, catching a glimpse of my burial stone and it’s inscription: 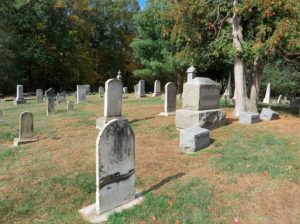 It would be a fitting epitaph, perfectly encapsulating my life until then. I remember thinking to myself after sitting on this image and idea for a day or so, finally declaring to myself: “This simply won’t do.”

I’ve been crawling back from despair since. I was down low, and it’s been a long haul back from the violence and uneven attachments of my youth. The early years of life create a powerful template,  a child’s fear of abandonment and the internalizing of shame become set in personality, requiring awareness and work to reverse and remedy.

If you can imagine this happened over thirty years ago. It took the first year to recover physically and cure my lifelong insomnia. Another year to get back into some kind of shape after having my arms riddled with needle marks, busted knuckles and arm, being shot, hit with bats, being run over and all the rest. It took five years just to stop craving cocaine.

I eventually lost a marriage that was probably never salvageable but raised a fine son in the process. And I turned my love of reading and learning into an ongoing education, feeding my spirit. I only returned to prison once about ten years later for a few weeks. I intervened in a fight when three punks were attacking a friend. My record got me charged and convicted. I’ve been pardoned for it all since.

But that day in the hospital counts of one of my great epiphanies in life. Another was promising my two year old son I’d do my best to be his father somehow, which is what had brought me to that treatment centre in the first place that fateful night.

Along the way since, I helped people as I could. I studied hard as a behavioural science tech and graduated first in my class. But that was no measure of immunity for the work I needed to do after being down for so long. It took me 30 years to get all fucked up and it appears it’s taken me the equivalent time to recover. Just as my descent into madness was a gradual one, so has been my comeback.

After solving the riddle of addiction a few years ago, deeper truths continue to bubble up, slowly making their way to the surface of my awareness. Maybe it’s coincidental to my confidence, to my sense of being able to survive in this world among peers and a greater community. Perhaps I could say this past decade has been the happiest time of my life, if happiness is even a thing.

It’s from this personal history of weakness that I realize it’s often common in others. We can allow all manner of failing to seep into our lives and without realizing it, cover our personal power like mould on old vegetables. We can cower where courage is needed. It is grow or die; it’s entropy: rest means decay. Life demands action and expansion, or death by neglect.

So I use the idea that a man should recognize, harness and grow his power in service of himself and the people around him as a way to live a life of meaning. This is what sets him free. It’s a freedom I taste often and it is neither an intoxicant nor a sedative. It’s simply freedom from the tyranny of existence. No less. A Wallace’s birthright is to spread a message of freedom.

Horace Mann says: “Be ashamed to die before scoring a victory for mankind.”

As someone who has carried shame most of my life and can fall back into the programming of my earlier years, shame is a constant enemy. Then, I knew I was broken, and this made me ashamed to show people the real me. It was much too risky, my abandonment fear too real.

Following Mann’s advice, reserve shame for the avoidance of death. And what is this victory he demands? Who knows? It’s certainly not to squander whatever gifts we have. No. To do so would be to question the infinite wisdom of the universe, which gave us life. Infinite wisdom. There are a trillion stars in the Andromeda galaxy. A trillion. Come on.

Know this: when we dispense with the idea we are broken and not good enough, abandoning the notion others will never love us if they see us as we really are, we gain a tremendous power. It’s your legacy of freedom.

In large part, when we take care of shame, legacy takes care of itself. 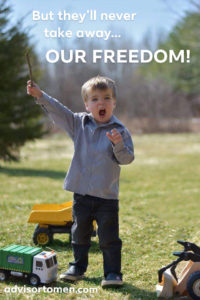