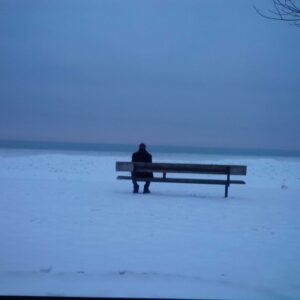 “We are never so vulnerable as when we love” said Sigmund Freud
If we don’t accept the deep emotion involved in loving, then love will always be something to fear, not to embrace.
I wonder if therefore love is so elusive for many of us.

I suspect men tend to shy away from love as too messy and use stand-in feelings instead.

In the last decades, there is a great push for men to express their emotions more.

Perhaps it’s the way men kill themselves at alarming rates.
And this has finally called attention to the expendable male’s over-reliance on repression…

… disguised as stoicism to carry him through his challenges.

To be sure there is plenty of utility in being able to defer feelings to get through a mess.
Yet, there are differences between suppression and repression.
We suppress emotion when we act in service of circumstances whose immediate demands make emotions a liability…

… while still acknowledging that those feelings are there, put on a shelf for the time being.

If there is an accident, danger at the scene tells the body to run to safety.

Often men are called upon to act in the best interests of all concerned,
… temporarily leaving their personal survival needs behind until later when the emergency passes.
He can feel then when there is time for it, he tells himself.

And feel it he should for suppression is a higher order ego defence.
Repression, on the other hand, is lower down the defense ladder, and is when he denies even feeling as he does.
“What me scared? Nah, I didn’t even think of it, didn’t cross my mind,” he says later.
The toll over time is anxiety, depression, addictions, obsessive-compulsiveness.

Somehow, we men have come to believe emotion is an inconvenience which needs to be tolerated.
Sometimes we think it is, “acting like a woman.”
There is some truth to that last one maybe.

It’s just that without emotion nothing has any meaning.

Life is already difficult enough; knowing that at some point we die… is no gift most days.
That within a four and a half billion-year-old planetary system to realize that we exist in but a single century can be discouraging.
A speck of time is all we have.

It is emotion which gives meaning to everything we do: our deeds, our relationships, the obstacles we overcome.
Emotion permits a man to use his power and love in service of himself and others to find meaning and freedom.
Freedom from what? From the very tyranny of our existence.

We have a self-interested brain and a need to belong, forces pulling us apart and towards each other at the same time.
What could go wrong?

The trick to realize is that we are designed for love.
Damn, there’s that word again.

It might be better said as we are not made to go it alone, but to deal with emotion in tandem with another person.

Our relationships—to wit for 99% of the world’s population—require finding one special person and to keep them nearby, and with whom we rebalance our negative emotions.

It’s called “contact comfort.” They are our safe refuge. The need never goes away.

When there is stress in a relationship, it is this mechanism that is activated, the amygdala views this as a loss and sounds alarms in the psyche.

When the one person you rely upon for adult emotional succorance is suddenly unavailable, it is like facing the precipice.

You are alone, and without an emotional lifeline to make your way back to restoration.

We weren’t made for alone.

And we ought to talk about these things with our partner.
The pact can’t be left to chance, to “I thought it was understood,” …
… or hidden under the oft-obscure poetry of marital vows said in front of those not privy or party to being the one singular person central to your sense of safety.Typically, when we disagree, when we take each for granted, …
… when we act out our childhood deviances upon each other, we become indignant, we rail at injustice, we parse right and wrong moral mechanics and blame or shame.We will try to influence each other, using buried terms of anger and frustration
… so that our partner’s self-interested brain circles the wagons,
… unsure from which direction will come the next attack.

Men could use getting better at this.

Recognizing it, in ourselves and others.
Could we?For all our masculine talent at suppressing emotion in service of a cause,
… it’s the French maxim that comes to mind, “Ont as tous les défauts de nos qualités.”
Allow me to translate for you: We all have the faults of our qualities.

This is what bites us in the ass.

For example, women and men can do most things the other does but have preferences.
She is usually has more verbal ability than him.

Put a gal and guy in a room at age twenty-five and let them argue and he usually comes out confused, having never realized he was so faulted.
Do it at forty-five, same thing, sixty-five…

Abuse of empathy is a women’s birthright, you have heard me say.

Men tend to focus on one thing to the detriment of all other distractions.

Not so women who typically take in a wider scope of information at once.

She thinks more readily with both hemispheres and if there is a true multitasker in the room, it is inclined to be her.

If she has a fault, it’s that she tends to overthink.

If men have a fault it is that we tend to under-emote.

That’s our cross to bear, though it serves in times of war
… and to operate in big groups to build cultures…
… for her and our children.

It often disconnects us from our one person of safe refuge. It also can be what kills us.

We could get better at this one aspect of talking about feelings,

… when speaking with our significant other to maintain that bond, becoming “effectively dependent’ on each other.

That’s allowed. It’s how nature made us…

When it comes to our special person, in times of stress we could surpass the nuts and bolts

… and get to the real nuts and bolts: to reassure and be reassured.
Just speak to that.Say, “I could use your reassurance,” and see what happens.Get in the habit of asking for and receiving reassurance.”Ouch! That hurt. Did you really mean that?” said calmly, expectantly, hopefully.If you really need to… you might stand in front of her, firm of voice and countenance,
… powerful of posture and with certainty in your words, looking her directly, unwaveringly,

… into the eyes and say, “Well, I don’t want to lose you,” and wait and see what she says.

…or having someone very close to you in your life,
… that’s the part that really counts.“Where are we at?” You need to know for both your sakes.… you ask to reset the balance, to restore, to set priorities.The rest usually takes care of itself.
Restored, maybe you can get back to lust and let love take care of itself…

With your one special person… That’s a fun way to live.

I think men could get better at this.

It means acknowledging to yourself, by implication or otherwise,

… that with disconnection what you feel is fear, and that fear is normal.

If we accepted this about ourselves, we’d bridge a big gap.
Stated or unstated, your partner feels the same way.

It falls to men to insist love prevails in a home.

Maybe she can do that, but I have never seen it… 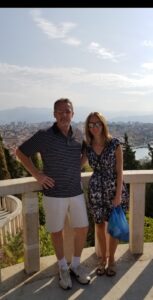